You can help bring education to the children Teahplay, Liberia

Teahplay is a little-known village in Nimba County located in the northeastern part of Liberia in Western Africa. As a result of its remote area, Teahplay receives very little support for education – or other essential services – from the government.
Following two brutal civil wars (1989-1997 and 1999 – 2003) Liberia is still rebuilding and small villages like Teahplay get overlooked. There are approximately 500 children in Teahplay and the surrounding area. The need for education provided by a new Learning Center would improve the lives of these children and make a lasting improvement in their future.

R.O.C.K. plans to construct a modern Learning Center and dormitory to provide needed quality education for children and youths within a safe and supportive learning environment. The Learning Center will also be used for community-based projects/training development programs and adult literacy outside of school hours.
The timeframe for constructing the school is 18 months from start date, and adequate resources become available. Once the school is opened, it will operate indefinitely. 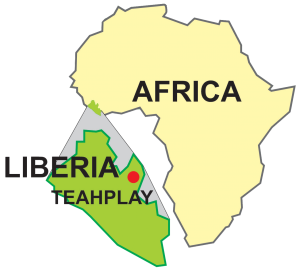 The Learning Center anticipates providing education and support services for 350 students and employs 24 trained and qualified teachers and 20 administrators and support staff. 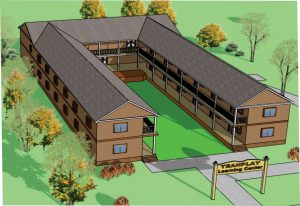 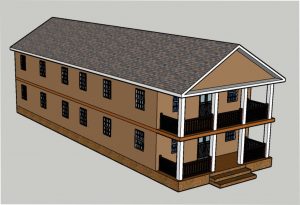 Early years…
Between the 15th and 17 centuries, Liberia was colonized by Portuguese, Dutch and British traders who bartered with local people for commodities and good. Located on the favored west coast of Africa, it became named as the “Pepper Coast” and later the “Grain Coast” because of its major crop of pepper grains.
During the early 1800s, as part of the movement to avoid racial unrest, the United States relocated free people of color and slaves to Liberia to establish a colony. These new settlers intermarried with the local population and were known as Americo-Liberians. This group became dominant and did not associate well with the indigenous people, in particular, more isolated “bush” communities, like Teahplay.
This rivalry caused hostilities which would lead to rebellions and two civil wars, which ended in 2003. Among the hundreds of thousands of people who died were doctors, teachers and the country’s trained workforce. This created severe hardships in health care, education and the economy. The bloodshed of the wars, along with the spread of AIDS and Ebola, left about 340,000 children orphaned. 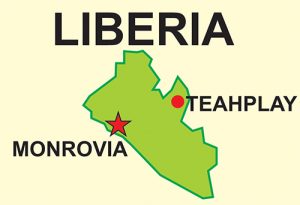 Liberia covers 43,000 square miles and is divided into fifteen counties. Teahplay is located in the northeastern section of Nimba County in Liberia, West Africa. Today, the population of Liberia is around 5 million, which includes 16 ethnic groups. Most of the residents of Teahplay belong to the Gio tribe.

Becoming a Republic…
In 1847 Liberia became second African nation to declare its independence as a Republic. It based its political principals on the United States Constitution. The Capital was named Monrovia in honor of the U.S. President James Monroe.
It covers 43,000 square miles and is divided into fifteen counties. Teahplay is located in Nimba County in the northeastern section of Liberia. Today, the population of Liberia is around 5 million, which includes 16 ethnic groups. Most of the residents of Teahplay belong to the Gio tribe.
While English is the official language of the country, there are more than 20 languages spoken throughout Liberia.
In spite of progress made in the economy, Liberia still remains one of the poorest countries in the world. Poverty remains high with 84% of the people living on less than $1.25 a day.

The need for education…
Until Liberia reestablishes its educational system, poverty and hardship will continue. For this reason, building the Learning Center in Teahplay will not only help the children of this rural community, it will set an example for other sections of the country.
With a strong educational system, the children of Liberia can make an important contribution to the future advancement and growth of the country.

Join us in this exciting project to build the Learning Center in Teahplay.